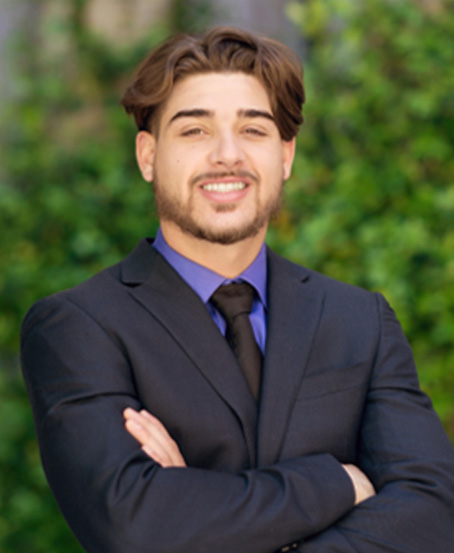 Samuel, a Vegas-born Nevadan, has played football since he was 5 years old. Sam dreamed of playing professionally but always had a backup plan. He attended high school at the Army and Navy Academy in Carlsbad, California, where he received letters for Basketball, Football and Track.  After graduation, Sam was recruited to the University of Illinois, and while earning his bachelor’s degree in Recreation, Sports, and Tourism, he played free safety, wide receiver and cornerback on their D1 football program.

Upon graduating from U of I, since he had another year of football eligibility, he enrolled in Adams State University. There he played on the football team and pursued his master’s program in Sports Management (with an emphasis in coaching).  Sam was unable to further his football career at Adams due to a sports injury and turned his full attention to his backup plan: helping athletes achieve their highest levels of performance.  Throughout college, he concentrated on working with high school athletes to help them focus and train physically and mentally to develop their character, their athletic skills and to strive for top performance.  Sam acquired a great deal of experience working on teams and working with team managers.

After college he returned to his hometown, Las Vegas, and took the training that led him to Danaus Dynamics. He saw that Danaus’ tools helped further the possibilities of working with athletes to help them overcome their distractions and their barriers to higher achievement at all levels.  Since completing his mentorship and coursework leading to his certification, Sam has blended his experiences from almost two decades of playing high-intensity sports and youth coaching with hypnotherapy.

Having been on a professional track and performed as a Division 1 college athlete, Sam fully appreciates that if emotional and physical factors are not addressed, they can negatively impact even the best-trained athlete and reduce his or her chances of success. The longer unidentified barriers remain, the more likely it is that bad habits will be formed, and the more powerful the techniques needed will be to repair the athlete from the inside out.

Sam’s education and experiences drove him to become devoted to helping other athletes become aware that peak performance is not just about physical prowess, but that strength comes from within, and to truly fly the athlete must take care of his or her emotional as well as physical health and well-being.  Establishing trustworthy and respectful relationships creates the rapport necessary to help athletes go “inside” themselves to connect with the most powerful source of their success, their true selves, unbound and uninhibited by negative messages and bad habits.  And Sam and Danaus Dynamics believe it’s not only about the sport – it’s also about the player and their well-being within the context of their team and their lives. The character strength it takes to improve athletic performance also translates to improving personal communications, emotional competence, relationships and enjoyment of life.